Attempts to use the dynamic energy of the wind have been made from ancient times onwards. Thousands of years ago man used the wind to sail, grind corn and pump water. In response to the increasing importance of electric energy, the development of devices to generate electricity from the wind commenced at the beginning of the 20th century.

It was not until the oil crisis of 1973, with its dramatic increase in the prices of the primary energy sources oil and natural gas, that large-scale finance became available for the development of modern wind energy utilization methods.Today, wind turbines have become the standard equipment for electricity generation without burdening the environment with damaging emissions. Increasing technical experience has been incorporated in the production of growing numbers of wind turbines to make them more efficient and reliable. 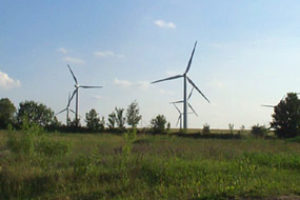 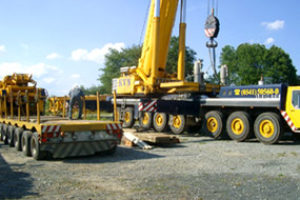 In Germany, there are numerous locations favourable to the exploitation of wind power. Most suitable are coastal areas with high and stable wind frequency, as well as the upper levels of the inland central hill chains.

However, there is a movement of wind energy generation away from the already highly-developed coastal areas to both offshore areas and new inland locations offering the required potential.

Whilst the incidence of wind inland is lower, this can be partly compensated by the use of suitably modified turbines. Compared with standard versions, the rotor diameter is extended to achieve a greater wind collecting area, leading to higher energy utilization.

To make wind power economically reasonable, certain minimum conditions must be present. The suitability of a site is determined by the average annual wind speed and its rate of increase by altitude and is thus dependent on surface characteristics (land, sea, vegetation, etc.).

In addition to wind speed, its observed occurence is also relevant to the planned energy supply from a wind generator, indicating the number of hours per year in which different wind speeds can be anticipated.

Coal-based electricity generated to supply the average annual consumption of 1.000 households contaminates the environment with 3.300 tonnes of carbon dioxide, 150 tonnes of ash and fly ash, 16 tonnes of sulphur dioxide and 14 tonnes of nitrogen oxide!

The same amount of electricity can be supplied by a modern wind generator with an output of 2.500 kW with no such emissions. Consequently, the utilization of wind energy for the generation of electricity, which in no way pollutes the environment, is not only ecologically but also economically suitable.